As a professional guitarist, I am immersed in an ongoing debate about technology. We guitarists debate thousands of little problems in online forums, on Facebook and in person. Which strings offer the best value for money? Are guitars made in the United States always superior to those made in Mexico? What "pedal" will make me sound like Jimi Hendrix? You name the problem, there will be several opinions, all passionate.

But there is a global gap between the "purists" and the others. I maintain that it is best to have multiple guitars and amplifiers to get different sounds – one rig for the blues, another for jazz, one more for country, etc. Modernists say you can just use any old guitar and amp with a piece of digital "modeling" equipment that will make them sound the way you want.

More than once, I have performed with such "modern" players, only to watch with amusement the breakdown of their fantastic digital toolbox, leaving them stranded. My old fashioned Fender Telecaster and Deluxe Reverb amp then steal the show.

There is a deep lesson here … one that you must take to heart when it comes to your money.

What if the power goes out?

The modern world is a kaleidoscope of gadgets and electronic systems that make possible things we only dreamed of when we were children. Thanks to our electronic world, you can buy a house from your mobile phone, see what the night sky looks like in real time on the other side of the world, or take advantage of differences in nanoseconds in trading times. stock Exchange. Everything before getting out of bed.

Like my “modern” guitar friends, many people seem to take it for granted that the digital systems that underlie these miracles – the Internet, for example – are forever. So when I hear someone make plans that assume uninterrupted connectivity, I think to myself, "What if the power goes out?"

Which brings me to one of the scariest ideas I have come across in a while.

An American technology giant is reportedly working on a software platform based on the famous digital currency "Bitcoin". The idea is to allow major currencies like the dollar or the euro to function like Bitcoins. Anyone who could trade directly with anyone else in the world, completely bypassing the banks. Log in, send your money and you're done.

This promises a world without banks, without costs and hassle … but a lot of danger.

Everyone knows that counterfeiting is a risk with paper money. This is why individual invoices have serial numbers. But the same goes for digital currencies. Unlike physical money, electronic files that represent digital currency can be reproduced exactly, without a trace. Since spending a digital dollar doesn't delete the electronic data that represents it, and in the absence of banks and their accounting systems, another way is necessary to prevent that dollar from being reused by the same person – what is called the "double". -expenses. "

Bitcoin accomplishes this by means of a "blockchain". Every few minutes, a group of all recent Bitcoin transactions is created, called a block. This block is then quickly distributed to the Bitcoin system, where it is added to the current chain of all Bitcoin transactions (hence the name). In this way, if someone who has already spent a given Bitcoin (and has not legitimately received it from a third party) tries to spend it again, the system will reject it as "counterfeit" .

Bitcoin accomplishes this by using a distributed system of anonymous "nodes" that keep track of the blockchain. But the same could be accomplished by a central server. The tech company working on its own digital currency therefore launched the idea of ​​transforming dollars and other currencies into digital form – with the central server controlled by central banks.

What could go wrong?

I don't need to tell you what would happen under this system in the event of a power outage: No moolah. Of course, the same thing can and does happen now, with much of our credit and debit card transactions. But at least we have the ability to save and use money.

Am I paranoid in thinking that whatever the benefits of digital currencies – and bypassing banks is really tempting – the real danger is not power outages, but rather giving central power the opportunity to put our money on and off? The dangers of digital currency are not minimal. After all, imagine the opportunities for monetary chaos: confiscation of digital wealth … automatic taxation … courts issuing warrants to seize your digital money …

Nope. I am realistic. I know that if companies have the power to do it, they will use it.

Yet another reason to stock up on gold, my friends … the ultimate store of value. So far, at least, no one has found a way to cut their diet. 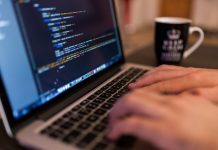 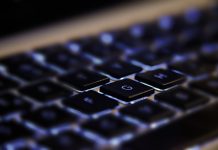 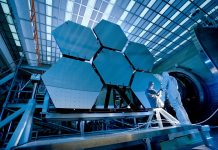 IRS Statute of Limitations – Do Taxes Ever Expire? 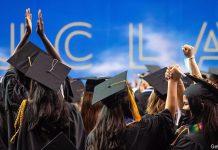 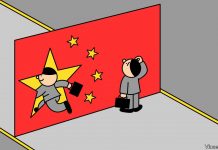 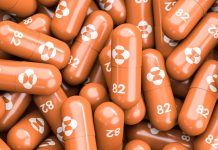