During the last 10 years, the multi-touch technology has rapidly evolved and has been implemented within a multitude of devices, software programs and hardware. In the years to come, the this technology will be even more used and will soon become part of peoples’ day-to-day lives enabling them to easily interact with a computer screen or device using solely the fingers.

Even if the future of multi-touch technology is the most important aspect scientists should focus on, it is better from time to time to take a trip down to memory lane and assess its evolution.

When did multi-touch technology appear?

The origin of multi-touch technology takes us back to 1982 when Nimish Mehta from the University of Toronto was the first one developing the finger pressure display using this technology. The year 1982 was an important year in multi-touch history because after the discovery of Nimish Mehta, other engineering companies like Bell Labs got involved in the development of this technology.

In this way, in 1983 there were many discussions related to multi-touch screens and this new revolutionary technology, which led to the development of a touch screen that would change images by using more than just one hand. Over time, Bell Labs decided to focus more on software development rather than hardware and had registered important success in the field of multi-touch technology.

Furthermore, starting with 2001, all these papers and inventions were further analyzed, improved, expanded and developed in today’s multi-touch devices, software programs and hardware. The main player in the multi-touch technology market was Apple who in 2007 launched the iPhone. This product led to an increase in popularity and use of this technology as more customized, robust and gesture-based devices were developed since then on.

Finally, the future of multi-touch technology seems bright as more and more solutions are developed on a daily basis and implemented in all types of businesses and fields of activity like medicine, banking and most importantly – the engineering domain.

During the last two years there have been many developments of solutions, either as devices, software programs or hardware. Whether we are thinking of multi-touch tables, multi-touch phones or multi-touch displays, this technology definitely represents an area of expertise which has yet a lot to reveal. 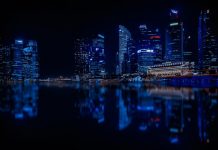 A History of Digital Radiography

How the Stock Market Overreacts to News