One of the many goals of the invention of cryptocurrency (CC) was to establish a secure digital transaction system. The technology used was Blockchain, and it is still. Blockchain systems have been designed to withstand the problems often encountered with online financial systems using older technology, such as account piracy, counterfeit payment authentication and web phishing scams.

The actual blockchain operates on global peer-to-peer, secure, inexpensive and reliable global archiving networks (distributed registers). Transaction records from around the world are stored on blockchain networks and, as these records are spread across the entire user community, the data naturally resists editing. No data can be changed without modifying all other blocks in the network, which would require the collusion of the majority of the network – millions of watchdogs. BUT – what if a website seems to offer you a gateway to a cryptocurrency product or legitimate encrypted wallet, but is it really a website designed to entice you to disclose information? You do not have Blockchain's security at all – you just have another phishing scam, and it's necessary to be protected from all that.

MetaCert is a company dedicated to ensuring the security of Internet users. Its main security product can be used to protect businesses against a range of malicious threats. Today, they have a product designed to protect DC enthusiasts. This new product is called "Cryptonite" and is designed to be installed as a browser add-on. Current browsers rely on SSL certificates that tell users a small padlock in the browser's address bar. For years, users know that SSL certificates ensure that a website is genuine, but not so fast. Phishing sites also use SSL certificates, which allows them to think that a website is legitimate while it is not. Once added to your web browser, Cryptonite will display a shield next to the address bar. This shield will change from black to green if a website is considered "safe". MetaCert claims to have the world's most advanced threat intelligence system, with the world's largest ranked URL databases for security.

Staying safe is always a good thing, but more security products may be needed in the future, as technology advances, at a faster pace. Quantum Computing (QC) is on the horizon, which is very promising. The QC is considered by many to be one of the greatest technological revolutions of the modern era. By harnessing the power of quantum mechanics, quality control machines will be able to perform much more complex tasks and reach previously unattainable speeds. Traditional computers are based on a binary model, using a system of switches turned on or off, represented by a 1 or a 0. QCs are different in the sense that their switches can be both in the on position and in the off position. , which are called "overlays". This ability to be in two simultaneous states is what makes quality control much faster. Google announced more than two years ago that the quantum prototype that they possessed was 100 million times faster than any other computer in their lab. The development of this technology is progressing at a faster and faster pace. The first quantised computer marketed was produced in 2011 by the Californian company D-Wave. The D-Wave machine was equipped with a processor containing 16 units of quantum computing, called QUBITS. Since then, industry leaders like IBM and Microsoft have announced their own quantum programs. This trend will result in an exponential increase in the number of QUBITS that these new machines will be able to handle over the next few years. Although quantum computing offers the potential to make significant advances in many areas and to provide innovative solutions to some of the more complex problems, it will certainly create a need for enhanced security, as these machines have also the power to assist hackers in their vile tasks. acts. Protection and security will always be needed in the crypto-currency space, as for all other online spaces. 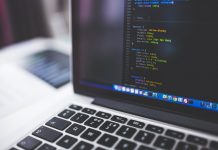 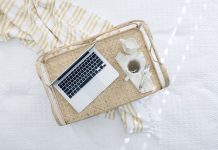 Fire Retardant Fabrics in Hotels and Bed and Breakfasts – Regulation...

This Indicator Warned Us Before Every Bear Market

How America Inc is coping with rising inflation

An investment you can trust