Instead of four years of college, four of medical school, and four of specialty training, if I started over I could do a 2 year RN and a year of anesthesia like one did. friend at university. Nurse anesthetists do the same job as MD anesthesiologists, typically in rural areas and the pay may be lower, but saving about six years of time and tuition. There may not be so many openings like that now, but this is a good example.

Walter Williams, economics professor at George Mason University, quotes: “The United States Department of Labor… the majority of new American jobs over the next decade do not require a college degree. We have a six digit number from the United States "

Vedder from the University of Ohio adds that there are "a third of a million waiters and waitresses with college degrees." More than a third of college graduates who are currently working have jobs that don't require a degree, such as flight attendants, taxi drivers, and salespeople.

We've been tricked into believing that a college degree prepares us for a well-paying job when, in most cases, it doesn't. Google "100 Entrepreneurs Who Succeeded Without College" for an example. Among the best paid, there are good salespeople, and there are many jobs that allow you to choose according to your temperament.

The most practical course I took in high school was typing. High school had most of what I needed and a lot of things I didn't need. College was more of the same nonessentials. Literature classes are mostly fiction and, like television, offer a range of erotica that makes it difficult for young people under social pressure to go through everything before marriage, to find out how different life is afterwards. the wedding.

We would do well to go back a century or so, to when parents taught their children like in Bible times. The men taught their sons a trade, and the young girls learned the art of cooking and home from mother. "You will teach them …" is the biblical wisdom that made a nation strong long before public schools became a disaster with their focus on sex education.

To consider homeschooling, one may need to relocate to the country to escape the government tyranny of taking your child and stripping them of their values ​​and faith in the Bible while programming them for accept a new world order that calls for nothing of sin and where anything goes. except protest.

Dr Florence Stratemeyer, professor of education at Teacher College, Columbia University, reviewed a favorite book on the education of Ellen White. Stratemeyer was amazed at White's title, Education. She viewed her balanced agenda as addressing the whole person, body, mind and spirit, saying the world is in desperate need of a moral component in education. Writing in the 50s, she said she was 50 years ahead of her time, but now it's a century ahead and a good text for school at home!

Readers can access it and scan its content online at http://www.whiteestate.org/books/ed/ed.asp Merry Christmas to homeschoolers and anyone looking for a better understanding of real education! 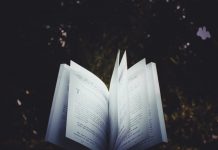 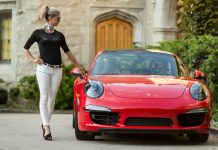 Home Security – There's No Greater Responsibility Than to Protect Your...

After the pandemic boom, online retail sales are slowing