THE IDEA of a Europe hostile to entrepreneurs would once have seemed laughable. At its 17th-century peak the Dutch East India Company’s appetite for capital to fuel its growth was so voracious that it demanded the invention of the public stockmarket. Investors then did not balk at its violent treatment of native peoples. The turn of the 20th century saw the founding of giants like L’Oréal, today’s highest-earning beauty empire, and Denmark’s AP Moller Maersk, the largest container-shipping line. Most of Germany’s Mittelstand firms, employers of more than half of all the country’s workers, were born at the same time.

That a continent shattered by two world wars produced far fewer businesses destined for high growth in the second half of the 20th century is perhaps unsurprising. But Europe never recovered its appetite for high-growth business creation. In the past three decades, America has spawned four behemoths—Google, Amazon, Tesla and Facebook, now known as Meta—whose valuations have topped $1trn. (Meta’s has since fallen back below this threshold.) Not one of Europe’s corporate youths, meanwhile, has risen as high as $100bn. One champion of the 2000s, Skype, was in 2011 bought for $8.5bn by Microsoft. The other, Spotify, is today worth only $48bn. SAP, the closest thing the continent has to a tech giant, was founded three years before Microsoft and is worth less than a fifteenth of it.

Yet change is in the air. The European firms founded in the decade after the global financial crisis of 2007-09 are coming of age much more impressively than their older cousins. Venture capitalists, who want to sniff out the next Google while it is still being run from the founders’ kitchen tables, are homing in on European startups. There are many more to choose from. European entrepreneurs who would once have gone west to start a business are now likely to start up at home rather than in Silicon Valley.

A new influx of capital is proof of an altered mood. Ten years ago, European firms grabbed less than a tenth of all venture capital (VC) money invested globally, though the European Union’s share of global GDP was a little over a fifth. This year has seen dealmaking volumes soar in many regions, but particularly in Europe, which now attracts around 18% of global VC funding, according to Dealroom, a data provider (see chart 1). All the cash has pumped up the value of European startups. The continent now boasts 65 “unicorn cities”, or those which have produced a privately-held startup worth more than $1bn. That is more than any other region.

The continent’s previous paucity of funding was not for lack of returns. Measured by total value (cash returned to investors plus current portfolio value) as a multiple of capital risked, the average European VC fund founded in the past two decades has not fared materially worse than the average American one (see chart 2) Nevertheless, American venture capitalists have long thought of Europe as “a place to take their families on summer holiday not somewhere to start a business,” says Danny Rimer of Index Ventures, a VC firm headquartered in San Francisco and London.

Now they are voting with their feet. Sequoia, an American firm that was an early backer of Apple, Google, WhatsApp and YouTube, announced last year that it would open their first European office in London, and started recruiting local partners. Among native investment houses, the muttering is about when, not if, other American VC outfits will follow.

Venture capitalists are chasing a generation of startups that has benefited from the trail blazed by their predecessors. The likes of Skype and Spotify may not have reached the dizzying valuations of their American peers, but they showed would-be entrepreneurs that it was possible to start a successful tech company in Europe and scale it at speed, explains Michael Moritz of Sequoia. Now, says Mr Moritz, “it’s no longer frowned upon if you’re young and bright to leave university and join a tech company, or to drop out and found one.” They also provided startups with a pool of potential employees and board members with prior experience of working for fast-growing, innovative companies.

The combination of seasoned executives and access to experienced talent has fuelled the growth of a cluster of European firms founded after the ructions of the financial crisis that are now reaching maturity. More importantly, notes Hussein Kanji of Hoxton Ventures, another VC firm, they include companies starting to dominate their respective niches. The huge new category of social media was won by Facebook, he notes. “Now Spotify is the winner in music streaming, Klarna is the winner in buy-now-pay-later and UiPath is the winner in robotic process automation—they’re all European,” he says. With returns in the world of tech flowing disproportionately to the firms in first place, that makes Europe too attractive a prospect for global investors to ignore.

The boom extends far beyond a few of the largest firms. For Xavier Niel, a billionaire French tech founder-turned-investor, repeat founders in Europe are the key. They are launching new waves of companies, he says, meaning “more entrepreneurs, more talent, more capital, more success, it’s a flywheel in progress”. Rachel Delacour sold her first business, BIME Analytics, a business analytics platform, in 2015 for $45m, six years after co-founding it in Montpellier. She started Sweep, which helps companies track carbon emissions, last year. “Now that I’m starting this second business, I know right from the off that it can be a global story, says Ms Delacour.

It also helps that Europeans working for early-stage companies are becoming owners. A recent analysis by Index Ventures of 350 European startups found that 15-17% of firms on average is owned by its employees. That is up from 10% five years ago, although it is still below the comparable figure of 20-23% for American startups. Workers’ increased willingness to be part-remunerated with stock options makes it easier for startups to compete with deeper-pocketed firms for talent, says Mr Rimer.

Technological trends have also been driving costs down and enabling would-be founders to get their firms off the ground at home in Europe rather leaving for California. Starting an internet business used to involve buying banks of servers and the space to store them. The advent of cloud computing means firms can instead rent processing power from hyperscale clouds like Amazon Web Services and smaller offices. The pandemic has forced fund managers to accept doing due diligence and deals over Zoom. That lowers the importance of geographical proximity.

Two big questions hover over Europe’s entrepreneurial renaissance. The first is the extent to which the capital being poured into it is simply spillover from the liquidity that has flooded markets since the onset of the pandemic. Since the start of the pandemic, the world’s four largest central banks have collectively pumped more than $9trn-worth of cash into the global financial system, driving down bond yields. That has sent investors into ever-riskier asset classes in pursuit of returns. Early-stage equity investment in a previously calcified continent is a prime candidate. As central banks dial back their asset-purchase programmes, the yields on safer assets will start to look less anaemic, putting Europe’s ample VC funding at risk.

Another important question is whether the boom results in Europe building its own, American-style tech behemoths, or simply a cluster of middling firms that are gobbled up by larger, possibly non-European acquirers. That, in turn, will determine whether the continent’s entrepreneurial moment flares out or ignites something bigger. Governments have devised schemes to catalyse business creation for decades, but the answer turns out to be simple. “There is nothing that beats examples of success to inspire confidence in people,” says Mr Moritz. It is up to today’s European giants-in-waiting to decide how much inspiration to provide.

Exchange Traded Funds – 8 Ways to Improve Your Portfolio With...

Bankruptcy vs. Credit Counseling: What Should I Do?

Herbert Diess’s job is once again on the line 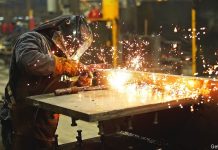 Decoupling is the last thing on business leaders’ minds