THE MODERN manager has to play the role of coach in charge of their team. And that requires an understanding of the different personality types they may be managing, and indeed the role their own personality may play in the way they manage.

Karl Moore, an associate professor at McGill University in Canada, has written two recent articles on the role of different personality types in business. One of the most common divides is between introverts and extroverts. Mr Moore estimates that around 40% of the population are introverts, 40% are extroverts and 20% are “ambiverts” who can display both characteristics.

It is easy to assume that the extroverts are most likely to go far in business. An academic study* found that extroverts were 25% more likely to be in a high-earning job than those who were less outgoing. The chain of causation is not clear. It is possible that working in a high-paid job makes people more confident and outgoing, although personality traits tend to develop early in life.

The study also found that the children of professionals were more likely to be extrovert. It could simply be that children who grow up in more prosperous homes are less likely to face the kind of stressful events that undermine self-confidence. People with higher self-confidence may apply for more prestigious jobs and may be more likely to believe that their efforts will be rewarded; those with a negative self-image may feel it is not worth trying too hard.

So introverts should not give up hope of climbing the greasy pole. A study in 2017 found that introverts were slightly more likely than extroverts to surpass the expectations of boards and investors when appointed as chief executive.

Ambiverts can be good salespeople because they are able to listen to their clients and understand their needs but also have the energy to sell their firms’ goods and services. Mr Moore thinks that successful executives have to become ambiverts at times in order to succeed. Introverts must try to show enthusiasm, or make a stirring speech, when the situation calls for it. And extroverts need to shut up and listen to their teams—not least because when the boss speaks first, subordinates will be reluctant to disagree.

Bartleby (who is an introvert but doesn’t like to talk about it much) thinks that the key is not to be too far out on the scale in either direction. An extreme introvert risks seeming too remote to manage a team, and may lack the ability to inspire. But an extreme extrovert can simply overwhelm the business, with other managers unable to constrain them. Perhaps becoming an entrepreneur, or founding a successful firm, requires a significant degree of self-confidence but nobody can get every decision right, and there comes a time when a founder needs the expertise of other people.

By the same token, managers need to think about the different personality types when conducting meetings. It is easy for meetings to be dominated by extroverts, who have a tendency to speak the loudest and most often. Introverts may never contribute to the discussion. In his book, “Running Meetings That Make Things Happen”, Jon Baker says that one answer is to circulate materials well in advance. Introverts, he writes, “don’t debate something as effectively if they’re still learning about it. If you want the views of the more detail-conscious members in your team, give them time to absorb the information.”

Mr Baker also suggests that managers should encourage introverts to contribute to the discussion by asking specific questions of them in their area of expertise. Another approach is to ask people to write down their ideas rather than contribute verbally. In theory, this approach should improve the quality of the discussion; after all, if the views of the introverts aren’t valuable, why have they been invited to the meeting?

What makes life tricky for managers is that people don’t have labels on their foreheads stating which kind of personality type they are. Sometimes people make it obvious (like the old joke “How do you tell if people went to Harvard?” “They’ll soon tell you”). But that means managers have to spend time chatting to, and observing, their team members before deciding how best to get them motivated and inspired. Managers need to be less like Henry Ford, and more like Sigmund Freud.

* “A winning personality: The effects of background on personality and earnings”, by Robert de Vries and Jason Rentfrow 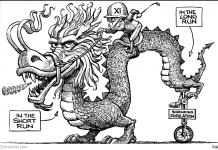