I was very surprised by the recent sharp drop in petroleum and petroleum products and by all companies related to this sector of the stock market. In my investor career, which began in 1985, I do not remember a time when the stock market plunged so negatively compared to something that, overall, should be considered a good thing for the stock market and consumer spending.

Excellent companies like Exxon and Halliburton have been hit hard and I have been involved in Bull Put Spreads shares with some of these stocks. While I was making a lot of money on the decline, the total of my deep discount broker account has generally declined and I revisited the lows of April 2014 three times this year, this one being the most trying.

I lowered the strike price of all stocks I took profits from, because the PUTs I gave them increased in value. With regard to the shares that I sold against those same shares, my only option now is to extend them to the following months after their execution and I am obliged to buy them at higher prices.

The year 2014 has been extremely difficult to say the least. When the Alibaba stock was published in early October and was the largest IPO in the history of the stock market, the market suffered a huge setback in October because of the Ebola crisis and other problems in the market. In April of this year, we had serious problems with high flying stocks that performed well, which caused the fall of these stocks and the stock market as a whole. Today, the price of oil has fallen by more than 40% this year, which does not just mention these stocks. but the entire stock market. Last Friday, the DOW lost 315 points in one day and it was the worst week since 2011.

The only good news for my options trading is that it is the litmus test for the Bull Put Credit spread that I use to make money, regardless of market direction. Although I am satisfied with the income this year, I am not at all satisfied with the overall value of my account with the discount broker I use.

Arriving this week will be very difficult as I try to take advantage of the ups and downs of the stock market and always make as much profit as I can. 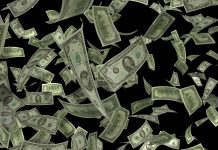 Why You Should Not Own Mutual Funds

The dangers of decision fatigue