Leadership in Chaos Times Leaders as Servants Never before in the history of our country or in our workplace was the concept of leadership more necessary. In today's ever-changing business environment, we are witnessing unprecedented global economic pressures, global competition and outsourcing. Our country is now in two wars with security problems and threats on several fronts. John W. Gardner, former Secretary of State for Health, Education and Social Affairs, said: "The prospects never looked brighter – days ahead."

We need a new kind of leadership that will bring our country and our businesses back to a place of respect, through simple "golden rule" practices derived from a true state of affairs. Unselfish spirit. Leaders who function with a servant state of mind are selfless. Leaders of Servers: -Promote others to self-giving instead of taking -Collaborate with others instead of competing with others

The leadership qualities of the Servant group translate into confidence in the organization, trust in the team and self-confidence. The goal of a servant leader is to serve his team and his organization.

Unfortunately, over the past ten years, a generation of leaders have been trained in self promotion, getting their share of the pie at all costs, focusing on the IPO, getting in and out quickly and attract the attention of Wall Street instead of motivating and caring about employees and customers. They have been trained to find the least performing companies and eliminate them through mergers and acquisitions, according to which one must lose instead of considering the opportunity as a win-win situation . Advertisers have also included slogans such as "Say it your way", "You deserve a break today", "You owe it to yourself".

We have gone so far that ethics and the basics of just doing what is right are less important. On the contrary, the thought is "win at all costs", regardless of the outcome or the one who gets hurt. Examples are easy to find: Enron, WorldCom since the beginning of the decade and, more recently, everyone, banks, car manufacturers and states seeking financial assistance during our financial crisis. Many leaders of these troubled organizations focused on greed and self-promotion. As John Gardner puts it, "most of us reach a plateau when we lose the tension between who we are and what we should be. We need leaders who know where they should be.

The late Darwin Smith, who served as Kimberly-Clark's CEO for 20 years before retiring in 1991, is an example. In "Good to Big: Why Some Companies Make the Jump … and Others Not," author Jim Collins writes about Smith, who has managed to turn Kimberly-Clark into "the biggest a society of paper-based consumer products in the world "by associating" extreme personal humility with intense professional will ". In Collins' book, Smith and the other leaders "showed the firm will to do all that was necessary to make the society perform." *

I have worked for more than 25 years as a sales manager helping international companies to empower, motivate and train successful sales teams. My experience has mostly taught me that, as a leader, you must be totally selfless and ready to serve others. A great leader must also model this behavior for the organization or the team. Leaders who openly show their servant mentality have set the stage for your organization or team to be collaborative and non-competitive, not trusting the suspect, and highly communicative and non-thematizing, which would increase productivity. and increase the results of the organization.

Being open and giving strengthens trust and honesty. Trust and honesty lead a team that will follow the initiative of the servant leader and sacrifice to succeed. Teams with a manager at the helm will look for small ways to win, become more dynamic, follow your game plan and help other members of the organization or team. They will now have hope because the leader of the servants has prepared the ground and modeled disinterestedness. The servant leader knows that he will not stay at the top if he does not help others to reach the top. Norman Schwarzkopf said: "You can not help someone up a hill without approaching the summit." The difference between a chef and a chef is that the chef says "go ahead" and the leader says "let's go".

Yes, we need leadership and we need it now, but we need a new breed that will bring us back to some basic principles and disciplines derived from the creator of the universe, by God Himself , the golden rule: do what is right at all costs. The new generation of leaders must have a servant-like position that promotes selflessness, integrity, honesty and trust. We need servant leaders who are not afraid to give their teams, to be open and to communicate the good and the bad, and to show that they are ready to participate and to be the first in the theater. the crisis and the last to leave. 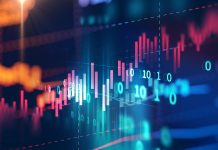 An Overview on Reading the Stock Market

Know All About Computer Threats and Ethical Hacking

The Single and Most Powerful Asset Your Business Can Ever Have 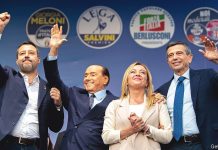 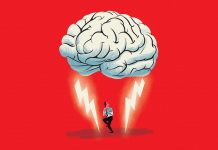 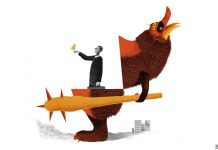