The stock market is the greatest money making machine ever invented by man. Let me give you some compelling reasons why you should invest in stocks.

1.) The potential for huge returns.

Warren Buffett, the global expert on equity investing, has acquired his great wealth solely through investing in stocks, perhaps the only one of the ten richest in the world who can do so .

If you had invested your US $ 1,000 (worth around $ 7,760 only in 2008) with Warren Buffett in 1956, which is roughly 53 years ago, this would have amounted to 30.6 million $ US now! Warren Buffett had just started his career as an investor, but his rate of return had already reached almost 30% compounded annually.

2.) You become a "co-owner" of the business in which you invest.

To "own" a Jollibee outlet, you would need 20-25 million pesos to get a franchise and spend time and effort running the franchise store and experiencing bonus headaches. Why not just buy shares of Jollibee Food Corporation (JFC) instead?

At current market prices, 5,000 P can already buy 100 shares of Jollibee. Owning stock represents owning part of a business, making you a co-owner of its more than 1,500 branches locally and globally. In addition, you also become a part owner of other well-known fast food chains such as Red Ribbon, Chowking, Deli-France, a popular fast food chain – Yonghe King in China and a popular tearoom chain in Taiwan called Chun Shui Tang, as well as the latest in Jollibee's Business Enterprises, "Karinderia de Tio Pepe". Now that is really cool!

So when you eat at Jollibee, you can brag to your friends and family how much you love to eat there because you are one of its owners in all honesty.

Maybe you never pay your utility bills on time? Well if you owned stock in PLDT, Globe, Manila Water, or Meralco, you would definitely pay your bills fast.

3.) You belong to an elite group

According to a study by the Asian Development Bank, in 2005 only 600,000 people, or about 0.7% of the 87 million people in the Philippines, invested in the stock market. Wow! That's still less than 1% of the total population! And most of these investors belong to the Class A and B segments.

It's not about getting there first, nor about multi-level marketing where early investors reap the rewards, but I consider it a great privilege not available to 90 million other Filipinos to belong to a handful of courageous pioneers who dared to go public. Stock market investments are certainly not just for the very rich.

The early Philippine stock market is something to watch out for. There are a lot of exciting new things happening in the next 5 years. For example, the Philippine Stock Exchange will soon host afternoon trading sessions. It was originally scheduled for mid-2009, but was postponed due to market conditions. Then there is the decision to link the Philippines to other Southeast Asian stock markets by 2012 as part of the Unified Trading System. When that happens, trading stocks with other Southeast Asian countries will be as easy as clicking the mouse. What an exciting way to invest in stocks on a global scale! 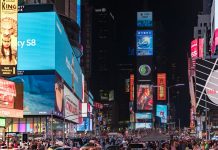 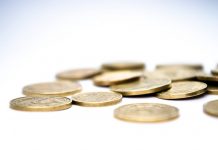