Investors typically use performance benchmarks such as the Sharpe ratio or Sortino ratio to rank mutual funds, ETFs, and index trackers. However, these common performance criteria have several drawbacks and can often be very misleading. The Omega ratio fills in these gaps and offers a much more sophisticated method of ranking investments.

The Sharpe ratio originated in the 1960s and is also known as the reward/risk ratio. It is the effective return of a fund divided by its standard deviation, and its main advantage is that it is widely indicated in the fact sheets of the funds. The standard deviation is used by the Sharpe ratio as a proxy for risk. However, this is misleading for several very important reasons.

First, standard deviation assumes that investment returns are normally distributed. In other words, the returns have the classic bell shape. For many investment vehicles, this is not necessarily the case. Hedge funds and other investments often exhibit bias and kurtosis in their returns. Skew and kurtosis are mathematical terms that indicate distributions that are wider (or narrower) or taller (or shorter) than those typical of a normal distribution.

Second, most investors think of risk as the probability of incurring a loss – in other words, the size of the left side of the distribution. This is not what the standard deviation represents, which simply indicates how widely dispersed investment returns are around the mean. By discarding information from the distribution of empirical returns, the standard deviation does not adequately represent the risk of incurring extreme losses.

Third, the standard deviation equally penalizes variation above the mean and variation below the mean. However, most investors only worry about below-average swings, but positively encourage above-average swings. This point is partly addressed in the Sortino ratio, which is similar to the Sharpe ratio but only penalizes the downward gap.

Finally, the historical average is used to represent the expected return. This is again misleading because the average gives equal weight to returns in the distant past and returns in the recent past. The latter are a better indication of future performance than the former.

The Sharpe ratio and Omega report can be easily calculated using tools such as spreadsheets or other mathematical software. 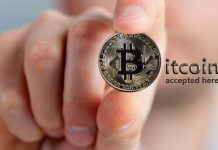 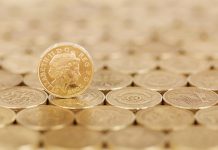 A Collection of Idioms

What To Look For When Choosing A Bitcoin Trading Bot

How Do I Withdraw Funds From My CFD Account?