The report of planners sued by heirs or family members for failing to discuss long-term care planning and protection options may currently be more hearsay than reality, but leading national experts report that ‘they are inevitable. “I haven’t seen a lot of claims of this nature. Having said that, it’s conceivable that you will see claims against planners and given the aging population you will see them more frequently,” says Richard Rogers, JD, partner at Traub Lieberman Straus & Shrewsberry LLP, a company that monitors claims against insurance agents and financial professionals. “All you need is one or two and the floodgates might open.

For this reason, it is important for planners to understand ways to minimize exposure to a liability claim of $ 640,000 (the potential cost of a single 3.5 year claim occurring in 15 years). The most dangerous lawsuit will most likely come directly from the client or spouse whose financial plan has been affected by the cost of long-term care. It can also come from heirs.

How the courts view fiduciary responsibility

“It is not the responsibility of the financial planner or advisor to sell or recommend insurance to every client, but it becomes essential to have a conversation about long-term care planning with every client,” says Steve Cain. , LTC Practice Leader, Marsh Private Client Services. “There is a fiduciary responsibility to talk about risk, whether it is an investment risk for a portfolio or the risk of needing prolonged health care.”

The courts will likely examine the relationship between the client and the professional. “A fiduciary duty usually arises when one person or organization is placed in a position of trust for the benefit of another,” says attorney JC Mazzola, JD, partner at New York law firm Wilson Elser Moskowitz Eldeman & Dicker.

“The fiduciary relationship between financial planners and their clients has not been given much consideration by the courts,” Mazzola said. “However, emerging case law indicates the existence of such a relationship.” In 2007, the Texas Court of Appeals upheld the trial court’s position that “a relationship of trust exists between a financial planner or investment advisor and his client” [Western Reserve Life and Timothy Hutton v. David Gruban and Frank Strickler, 2007 Texas App. LEXIS 5121].

The definition of fiduciary varies from state to state. Courts in New York State have held that “a fiduciary relationship can exist when one party trusts another and reasonably relies on the expertise or superior knowledge of the other” (WIT Holding Corp v Klein, 282 AD 2d Dept 2001]”The test for establishing a fiduciary duty is stricter in Texas and even stricter in Maine,” says Mazzola, citing court rulings.

“For a claim to be resolved, you first need an obligation that is breached or breached with resulting damages,” says Rogers. “If you’re talking about a general financial planner who comes across as providing advice for retirement or estate planning, the responsibility is there.” The claim is said to be based on the fact that the planner left out the discussion of long-term care and failure to prove otherwise would be difficult to overcome in court.

Effective use of waivers and documentation

Many experts recommend that planners take steps to avoid or mitigate exposure to future claims that may arise even from customers who have chosen not to pursue available options. Indeed, a growing number of companies are recommending that their planners and their finance or investment professionals use and retain disclaimers or disclaimers.

“I certainly agree with those lawyers who say that if you market yourself as a financial planner, long-term care is part of your responsibility,” says Howard Kite, national sales manager for Genworth Financial Advisors. “When the long-term care lawsuit comes up, people usually don’t get a chance to remember it,” said Dave Wickersham, CEO of The Leaders Group. “Even if a planner is not authorized to sell long term care insurance, there is a problem. And, since nothing has been sold, there is no E&O insurance to protect the professional. “

“Perfect documentation is anything that has a client’s signature on it,” says Kathryn D. Jacobson, CPCU, CIC, Senior Vice President at Seabury & Smith, expert in errors and omissions liability insurance. “Ideally, you would have a signed disclosure form that acknowledged that coverage was offered and denied. The second best would be a documentation of the phone call or a printout of an email summarizing the offer and the decision. The suggested wording would recognize the customer’s decision not to buy and “understand that if they decide to buy in the future, the cost may be higher and health pricing requirements must be met at the time. where a request is submitted ”.

“A waiver will not automatically result in a case being dismissed by a judge, but it is a very good piece of evidence to have, especially if it is supported by other documentary evidence,” says Richard Rogers.

With the growing number of aging Americans who will need long-term care, it is impossible to eliminate any risk of ending up with a lawsuit or liability claim for not discussing long-term care. . “If customers see you as the expert, then you have a fiduciary duty to them and you should offer them whatever products you think are applicable,” says Jacobson. “If nothing else, you might even make some money.” 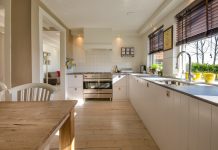 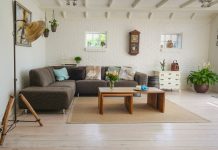 Timeshares Are Not Your Friend

Does the Medline mega-deal herald the return of giant buyouts?